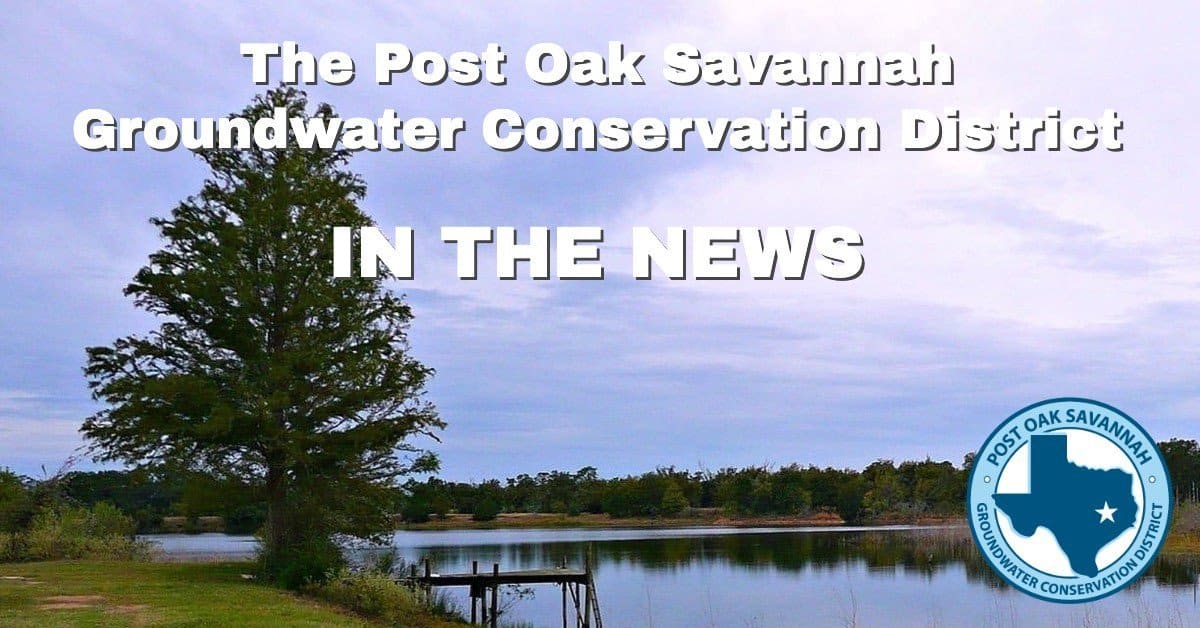 Each year, Local Water Utilities in Burleson and Milam Counties are eligible to apply for the current year’s grants. In the application they show their commitment to groundwater conservation, and the benefits that will be gained by the District awarding the grants.

POSGCD also has many additional programs of benefit to local citizens including providing grants assisting fire departments with the cost of water conservation efforts, assisting landowners with the cost of plugging abandoned water wells, and providing grants for Rain Water Harvesting efforts in the District. The District also provides community services and educational presentations to citizens concerning groundwater and conservation, and in 2018 the Board of Directors adopted the POSGCD Groundwater Well Assistance Program (GWAP).  To learn more about Post Oak Savannah, visit our website at www.posgcd.org or attend the Board Meeting on the second Tuesday of the month beginning at 5:30pm.

TOPICS FOR 2019 MILAM & BURLESON COUNTIES GROUNDWATER SUMMIT: STUDYING THE PREDICTED AFFECT OF PRODUCTION OF THE VISTA RIDGE PROJECT ON THE AQUIFERS OF OUR DISTRICT, AND LEGISLATIVE UPDATE FROM SENATOR KOLKHORST

The Milam and Burleson Counties Groundwater Summit is quickly approaching.  This event has been set…